Acceptable humor today was considered inappropriate in past generations.  Conversely, in a world of political correctness, we also see some humor being unacceptable that once was.  Humor has influenced society and its social norms throughout history.

The quality of being amusing or comic, esp. as expressed in literature or speech. 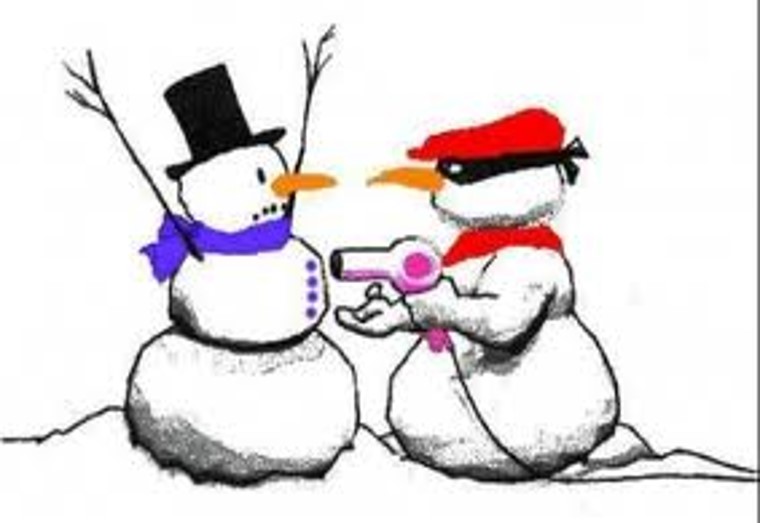 The first cases of Humor in Society were found in 5th century BC.

Winchester Cathedral is a Gothic Cathedral in England. In the rafters is the Winchester Imp, placed there by the masons, and smiling down with its tongue sticking on the congregation below.  (7th Century)

There are various forms and types of humor that we recognize in society.  Types of humor include: Visual, Physical and Written.

Froms of humor include hyperbole, Irony, Pun, Incongruity, Surprise, Slapstick and my favorite, Sarcasm.  We’ve had major events in history that we will never forget that happened as being humorous.  More on that in a bit.

One of America’s earliest forms of humor was Vaudeville Comedy – one of the better known one’s is Burlesque.

In the mid 1850’s burlesque became a popular form of theatrical humor. Burlesque is a literary, dramatic or musical work intended to cause laughter by caricaturing the manner or spirit of serious works, or by ludicrous treatment of their subjects. The word derives from the Italian burlesco, which itself derives from the Italian burla – a joke, ridicule or mockery.  As performer Ann Corio puts it in her book This Was Burlesque, burlesque may have been the “lowest branch” of the theatre, but that made it “the limb nearest the people”.  Often deliberately turning social mores on their heads, and their sexualized display of the female form.  But a woman onstage, displaying her body, speaking freely, and challenging her audience, was a strange and shocking sight in the nineteenth century, when female performers of any kind were still conventionally equated with prostitutes. the American style of burlesque flourished, but with increasing focus on female nudity.

This led into minstrel shows.  They consisted of songs and ribald comic sketches by low comedians; One of the most controversial acts were known as Blackface Comedy.  It consisted of a white man who painted his face black and acted like a black man.

Videos of this humor can still be found in archives and on the net.

In light of some humor, laws were enforced to protect people from what the government saw as obscene humor.

Lenny Bruce was the first controversial comedian. His humor is social critic and satirist.

On October 4, 1961, Bruce was arrested for obscenity at the Jazz Workshop in San Francisco; he had used the word cocksucker and riffed that “to is a preposition, come is a verb”, that the sexual context of come is so common that it bears no weight, and that if someone hearing it becomes upset, he “probably can’t come”.   Although the jury acquitted him, other law enforcement agencies began monitoring his appearances, resulting in frequent arrests under charges of obscenity.   Bruce was arrested again in 1961 in Los Angeles, California, two years later.   The specification this time was that the comedian had used the word schmuck, an insulting Yiddish term that is an obscene term for penis.   In April 1964, he appeared twice at the Cafe Au Go Go in Greenwich Village, with undercover police detectives in the audience. On both occasions, he was arrested after leaving the stage, the complaints again pertaining to his use of various obscenities.    A three-judge panel presided over his widely publicized six-month trial, prosecuted by Asst. Manhattan D.A. Richard Kuh, with Bruce and club owner Howard Solomon both found guilty of obscenity on November 4, 1964. The conviction was announced despite positive testimony and petitions of support from – other artists, writers and educators.  Bruce was sentenced, on December 21, 1964, to four months in a workhouse; he was set free on bail during the appeals process and died before the appeal was decided. Bruce, who died before the decision, never had his conviction stricken. Bruce later received a full posthumous gubernatorial pardon.

George Carlin pushed humor further with this routine.  He used curse words all in a thoughtful comedy routine about language that he performed in Milwaukee in 1972. “There are no bad words. Bad thoughts. Bad intentions,” he said. Yet, out of 400,000 words in the English language, there are seven: “That will infect your soul, curve your spine and keep the country from winning the war….”    For example, Carlin pointed out: “It’s OK to say [baseball star] Roberto Clemente has two balls on him. But you can’t say ‘I think he hurt his balls on that play.'”

Alternatively: “You can prick your finger, but don’t finger your prick – no, no.”

Someone in his audience that night was thoroughly offended. Afterwards, Carlin was arrested and bailed on a charge of disturbing the peace. A Wisconsin judge ruled that though the monologue was indecent, there is a right to free speech in the US, and the prosecution had failed to produce any evidence that the peace actually was disturbed.

The seven words he used were.  ” Shit, piss, fuck, cunt, cocksucker, motherfucker, tits”.  Later, a New York radio station played the same routine. This time, the case went all the way to the Supreme Court, which ruled that the government had a right to set a “watershed” before which obscenities could not be broadcast, in case children were listening.

made a video tribute to George Carlin and his seven words you can’t ever use!

Radio stations get their permit from the Federal Communications Commission.  They have decency laws in which radio stations have to abstain from certain language and content.  Howard Stern would push the limit of this language and content.  From 1990 to 2004, the Federal Communications Commission (FCC) fined owners of radio stations that carried The Howard Stern Show a total of $3.2 million for indecent programming.  He decided to leave terrestrial radio, which is basically radio stations heard over the public airwaves.  He went to Satellite radio where there is no content or language restrictions.

Humor can be incredibly controversial.  One man’s humor is another man’s punch in the face.   Humor that can make a person grim, blush, or cause more harm comes in forms such as Political, Racial, Sexual, Gender, Nationality, Religious, Ethnical and Cultural.

According to Wikipedia, “Hughes and Cumia launched their new weekday afternoon show, Opie and Anthony, at WAAF in Bostin in March 1995.  It was at WAAF where the show started its long running Whip ’em Out Wednesday segment that involves women flashing their breasts to drivers with a “WOW” sticker on their car.[3] In June 1997, nine weeks into the promotion, the show was suspended for two weeks after Hughes and Cumia read out a confidential memo written by the station’s management about the campaign on the air. Mittman put an end to the promotion after police contacted him over public safety surrounding it, but claimed the suspension was unrelated and over an “internal matter”.  They eventually took their gig to a K-Rock, a New York radio station.

According to Wikipedia, On August 22, 2002, the show was suspended following its third annual Sex for Sam contest held on August 15 that encouraged listeners to have sex in risky places for prizes while a witness reported from the location.  Its name derived from the Boston Beer Company, producer of Samuel Adams beer that sponsored the contest and prize.  In the segment, comedian Paul Mecurio, on a cellphone, described Brian Florence and Loretta Harper, a Virginia couple visiting Manhattan, having simulated sex in a vestibule at St. Patrick’s Cathedral, several feet away from a Mass service. The couple were arrested for public lewdness, and Mecurio for acting in concert.[59] The incident received widespread media attention, causing WNEW to issue an apology the following day, but it was rejected by the Catholic League that wrote to the FCC demanding Hughes and Cumia be fined and the removal of WNEW’s license. 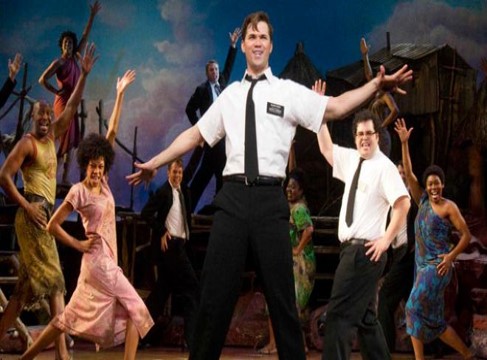 The Book of Mormon, the first Broadway Musical by Matt Stone and Trey Parker the Creators of South Park pokes fun of Mormons. As they jokingly say, it’s God’s favorite musical.  And that God loves Mormons.

Aside from radio and theatre, the most widely used form of humor is through TV.  In 1971, and well before it’s time, All in the Family, the TV sitcom pushed the envelope in regards to making fun of races, cultures and politics.  Archie Bunker, the main character in the show, was beyond mortified when his neighbor George Jefferson kissed him on the cheek.

Archie Bunker goes on a racial rant claiming that life made Whites #1 and it made Blacks #2 in society.  He then goes on to say that chinks are #3, followed by Puerto Ricans who would be #4 in society.

Chris Burke is an actor who has Down Syndrome.  Yet, he made a successful career as an actor.  He is mostly known for playing Corky in the family drama “Life Goes On”.  Bill Maher, had a talk and variety show on ABC in 1999.  On that show, they spoofed another TV show called “Mad TV”, which was a similar show to Saturday Night Live.  In a scene, an actor who portrayed Chris Burke says “….even I know that and I’m retarded!”

Since 1975, Saturday Night Live has been spoofing people by having performers mimic politics, celebrities, and international known persons.   They are especially fond of having actors impersonate US Presidents.

Popular comedian Daniel Tosh whose show Tosh 2.0 set off an absolute whirlwind of controversy when he allegedly “joked” at a comedy show that it would be hilarious if five guys raped a female heckler.

While movie franchises have had some sexual humor or outright funny as fuck humorous moments, such as Austin Powers, or American Pie, the Jackass movie franchise took raunchy humor to its limits with physical humor.  From people impaling their groin, to people swallowing horse sperm.

Humor can have tremendous negative effects on a person.  It can influence bad decisions or bad behavior while trying to mimic what one sees or hears.  It can affect negative interactions with each other by reinforcing racism, disclination, stereo-types and sexism.   This contributes being bullied and eats away at one’s self-esteem.

Humor always has powerful, positive effects.  Humor can take any situation and provide light-hearted commentary, so that the situation is put into a lighter perspective.

The Association for Applied and Therapeutic Humor (AATH) is non-profit, member driven, international community of humor and laughter professionals and enthusiasts.   Therapeutic humor is any intervention that promotes health and wellness by stimulating a playful discovery, expression or appreciation of the absurdity or incongruity of life’s situations. This intervention may enhance health or be used as a complementary treatment of illness to facilitate healing or coping, whether physical, emotional, cognitive, social or spiritual. Officially adopted by the AATH Board of Directors on June 1, 2000.

The International Society for Humor Studies (ISHS) is a scholarly and professional organization dedicated to the advancement of humor research. Many of the Society’s members are university and college professors in the Arts and Humanities, Biological and Social Sciences, and Education.  The Society also includes professionals in the fields of counseling, management, nursing, journalism, and theater.  All of our members are interested in humor’s many facets, including its role in business, entertainment, and health care as well as how humor varies according to culture, age, gender, purpose, and context.

Where traditionally in society we have used people’s IQ’s to assess their intelligence, more recently researchers are using EQ, which is Emotional intelligence.  EQ is the ability to identify, assess, and control the emotions of oneself, of others, and of groups.  If you have a good sense of humor and can laugh at yourself and others instead of internalizing your emotions, you will have a higher Emotional Intelligence.

Let’s face it, when you make a joke, you are putting someone or something at the bunt of a joke. So, somebody is picked on in order to get a laugh.  Since one person’s humor is another person’s offensive words, we all need to appreciate humor as an individual expression